Let us start this article with a controversial statement at the forefront. If you are in the poor or working class, and vote Republican, you are less intelligent, and thus vote against your own interests as well as the interests of your family. Because of this, you are also irresponsible and lazy. You are somewhat prejudiced toward those of different races, classes, orientations, or religions, as well as supportive of those persons or corporations that would and have enslaved people here in America as well as abroad. You tend to be involved in archaic religions preached by denominations that have misinterpreted the bible, and thus tend to be hypocritical. You have missed the point of voting altogether, and have no supporting arguments.

However, if you are in the poor or working-class, and vote Democrat, you tend to be more intelligent, responsible, and compassionate towards the welfare of your fellow humans. This not only makes you a better human being, but also more valuable to the political system, and thus services a far better purpose on issues that affect everyone. You tend to understand religion for exactly what it is and what it means. You tend to be more open minded, study issues more readily, thus understanding the causative effects of your decisions. You also tend to understand that betterment of the individual means betterment of the whole of society. You understand that equal rights means equality for everyone, regardless of race, religion, station, or sexual orientation. After all–equal means equal. The only problem that I have with the Democrats is their constant mentioning of the “middle-class” when they should be saying “working-class.” They alienate many voters each and every time they make this statement, and it is simplistic pandering and somewhat classist.

I know that you Republicans out there will feel insulted, and you will jump at this article with great anger, trying to debate or debunk the above definition. Nevertheless, (and so obviously) your Republican candidates and their pundits have preceded you in your arguments, defeating them, and clouding your logic beforehand.

Below, I have assembled a short list of statements made by the obtuse and witless “mouth pieces” of the Right. These statements alone firmly back up my aforementioned definition of those who would vote for a Republican. They speak for themselves, and I have directly quoted each one as they were said by the person who said them. Additionally, just because I have singled out Republicans, does not mean that Democrats have not said some rather less than intelligent things as well. However, Democrats do prove to be much less inclined to such stupidity. Also, before all of you Republicans out there decide to parrot the old, stale, and useless lines of usual propaganda, (because you are insulted by this article) remember that this rhetoric is your own–spoken by those that support the very same ideologies that you yourself support. The Republican statements below insult many poor and working-class people and these people are going to vote against those who speak, what is tantamount, to simpleton hate speech.

Did You Really Say that?

This list is admittedly short; however, one can easily draw their own conclusions as to just how askew some politicians and media figures have become in these trying times. They speak as though they are a desperate lot, garbled of thought, and show a whopping disconnection from those they are supposed to be representing.

I will answer each of these statements with intelligent rebuttal; however, I would not expect you Republicans to understand those answers. Also, because we all know that you Republican supporters are lacking in brain function, might I suggest that you retrieve a dictionary, (or purchase one) before you read the article before you. I say this because I use words that will surely be beyond your mental grasp, and because you are already confused, I would rather you understand the depth of my logic.

Let us start with the backward and mentally incapable Sharron Angle, Republican Senate candidate in Nevada, and opponent of Sen. Harry Reid. She said: “[We] have put in so much entitlement into our government that we really have spoiled our citizenry and said you don’t want the jobs that are available.”

Do you mean that Americans do not want to be under-employed while your cronies get rich because they wish not to pay a proper working wage to the worker? If this is your point comrade, then yes, you are indeed correct. American’s would rather have the industrial jobs back that our grand parents and parents had, not the minimum-wage fast-food jobs that you seem to tout as “jobs” that drive multitudes onto these “entitlements” that you speak of.

Former Representative Tom DeLay, the Texas Republican was quoted as saying: “You know there is an argument to be made that these extensions of unemployment benefits keep people from going and finding jobs. In fact, there are some studies that have been done that show people stay on unemployment compensation, and they don’t look for a job until two or three weeks before they know the benefits are going to run out.”

Moreover, let us not forget that since there are no jobs, (because of Republicans) that these unfortunate folks could not find work, and ended up becoming homeless. However, you support the “people, “right Mr. DeLay? Additionally, how much corporate welfare have you received? You have set on your backside and taken handouts so long that that ass of yours is as calloused as your opinions of the people that you are supposed to be representing!

Sarah Palin is perhaps, one of the dumbest people to ever hold an office. She is responsible for this humdinger of a response when she was asked about Paul Revere. “He who warned uh, the British that they weren’t gonna be takin’ away our arms, uh by ringing those bells, and um, makin’ sure as he’s riding his horse through town to send those warning shots and bells that we were going to be sure and we were going to be free, and we were going to be armed.”

Did you get that? It seems rather obvious that poor Sarah was overcome with exhaust fumes while traveling around the country in her “Battymobile.” I find no need to rebut this one further, it speaks for itself.

Ann Coulter is one of the most repugnant human beings to ever walk the face of the earth. She is a would-be despot, and given half a chance, would rival Hitler for top dictator. She is responsible for some of the most vile statements ever unleashed on anyone that isn‘t of her degraded intellect. Just after the attacks of Sept. 11, Coulter wrote, “We should invade their countries, kill their leaders and convert them to Christianity.” It was this statement that got her fired from The National Review, where she was employed as a columnist. Her statement is reflective of what Christianity has become in America: Hate, delivered through sexism, classism, anti-Semitism, and gay-hate.

Her hate-filled statements about Muslims, saying they, “shouldn’t be allowed on airplanes,” but instead should take “flying carpets,” is just another example of her ardent prejudice. She verbally attacked a seventeen year old student, Fatima Al-Dhaher, during a visit to Western Ontario University. Al-Dhaher put this question to her antagonist; “As a 17-year-old student of this university, Muslim, should I be converted to Christianity? Second of all, since I don’t have a magic carpet, what other modes do you suggest?” Coulter’s reply? “What mode of transportation? Take a camel.”

Anne Coulter, is a demagogue, supportive and supported by the racist-Right, and should be considered a danger to all American ideals.

This one is a real beauty! It is from former Rep. Richard H. Baker (R-Louisiana): “We finally cleaned up public housing in New Orleans [Hurricane Katrina]. We couldn’t do it, but God did.”

If this does not say exactly what most Republicans believe then nothing does. The implied “God hates the poor,” is not only insulting, but also shows the stunted intelligence of what I have termed, “the Republican-minded.” It also shows just how corrupted organized religion has become. Preachers preaching hate, twisting scripture into classist diatribes rife with stale and errant belief, pandering to mammon, and whoring religion for monetary gain.

This one from Bill Cunningham, a rightwing zealot and darling of the Republican crowd: “You know people are poor in America…not because they lack money; they’re poor because they lack values, morals and ethics. And if government can’t teach and instill that, we’re wasting our time simply giving poor people money.”

Let us hope that Mr. Cunningham should never reach a high threshold of power. A statement like this is tantamount to a “Ron Paulism.” It indicates that the people must be dictated too, and thus should be taught that the government is omnipotent. It also smacks of government somehow knowing what is best for its people, and that its omnipresence should be an edict of edification. It is simply–despotic.

And this one from FOX News host Bill O’Reilly: “You gotta look people in the eye and tell ’em they’re irresponsible and lazy…. Because that’s what poverty is, ladies and gentlemen. In this country, you can succeed if you get educated and work hard. Period. Period.”

You know, the more Bill opens his mouth the more one begins to realize that his parents must have been close cousins that couldn’t control their sexual urges. However, it does say something about “the Republican-minded” that should be plaudit; they are sometimes compassionate enough to give the mentally challenged a job. However, much of this is nullified by Bill’s “irresponsible and lazy” reporting. You just can’t seem to help some people.

Admittedly, this is a short list of hateful statements by Republican troglodytes, but as stated earlier, I’m sure it will suffice for the purpose. I want this article to start a dialog between the Republicans and the Democrats. The Republicans–as aforementioned–will no doubt be offended. However, there are plenty of Democrats, and poor, working class people who are equally insulted by the hateful and defamatory statements made by Republicans and their ilk.

Is this article divisive? You bet it is. I otherwise do not support divisiveness, as I think it tends to remove attention from the importance of the issues. However, hateful speech should not be tolerated or ignored regardless of who says it, or from which political realm it comes. The individual Republican may not feel they are themselves, hateful. However, a vote for a Republican is all the same supportive of such. If you are a non-hateful Republican, then by all means, tell us why you feel you are not supporting hate by your vote.

Prev
President Obama, What Have You Done for Me Lately?

Next
The Problem With Conservatives 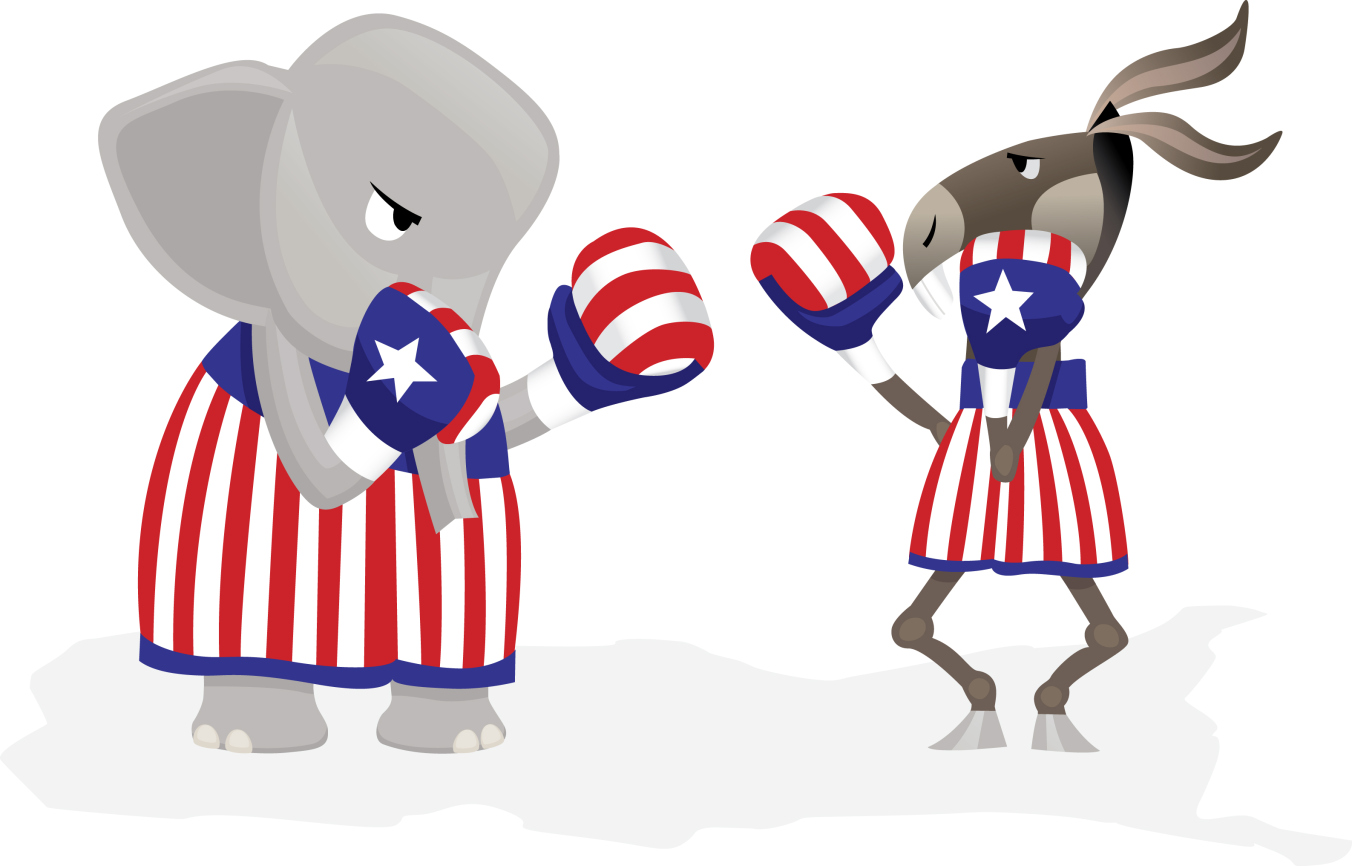 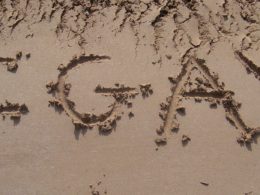 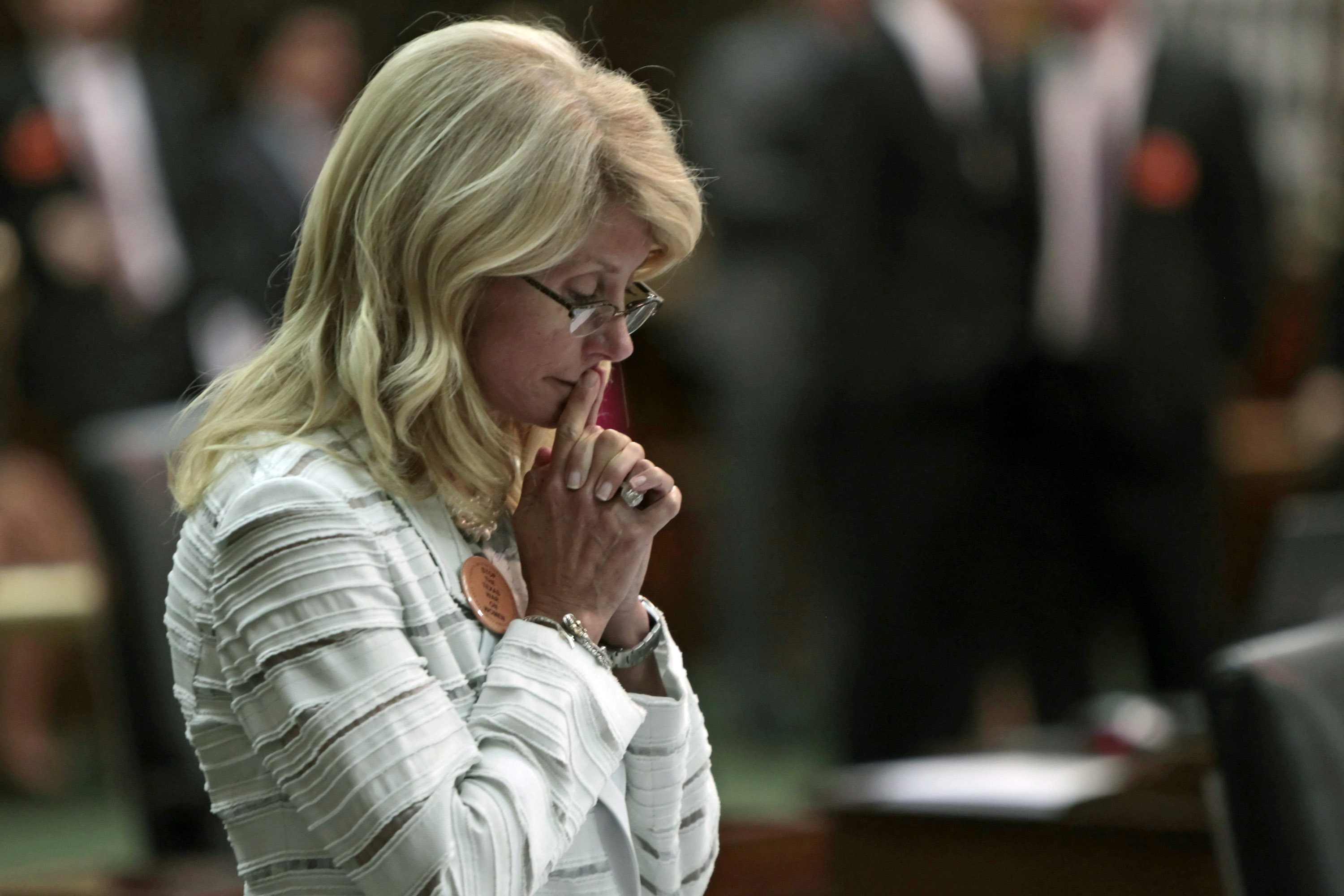