After the recent overturn of Roe, there is a real fear that the Supreme Court of the United States (SCOTUS) plans to roll back earlier rulings and in doing so, remove court protections from LGBT individuals. The June 24, 2022 SCOTUS opinion said the Constitution, properly understood, does not confer a right to obtain an abortion.  The Court basically said there was no precedent set by previous litigation so no guaranteed protection. Other rights now feared to be under threat are the legality of homosexual sexual activity and gay marriage. It seems a bit counterintuitive that the authoring SCOTUS justice, Clarence Thomas, would be an advocate for re-examining these landmark rulings, since the legality of his own interracial relationship could, in theory, come into question but author it he did, so we must examine the issue.

The SCOTUS decision happened in June, the same month the advertising world explodes with so many rainbows it puts Skittles to shame. The PRIDE month marketing ploy is just another manipulative attempt to gain consumers’ loyalty and make money, because in capitalist ‘Murica, it is all about the bottom line. Acknowledging the LGBT community out loud and proud in a commercial campaign doesn’t erase a company’s discriminatory practices in hiring or the stain of financially backing an openly anti-LGBT politician. The performative awareness and false activism are gross. If a company is progressive, then it will be apparent in their practice, and a 🌈 added to their logo for a month won’t make the difference.

Rather than paying attention to whether Chic Fil-A is anti-LGBT (they are), we should be concerned with what SCOTUS is doing. The smoke and mirrors of manufactured disagreements distract and divide us. People fear change and that fear is used to manipulate us. If you’re in line next to someone at the store and they drop a dollar, either you’ll pick it up and return it or you won’t, and that differentiation is probably more important to most people than who you find attractive, just like they’re probably not going to be thinking about whether you have a sex swing in your bedroom. If they arethinking about a sex swing, they’re probably not going to judge or shame another person for their private life. There are many variables that factor into our perspectives.

There was a social experiment done in Denmark wherein participants were originally grouped by certain characteristics – whether they had a criminal record, for example, or whether they were immigrants. After initially being sorted into those groups, individuals were then sorted by  characteristics atypical to those we tend to use to divide ourselves from one another; for example, stepparents in one group, people who have been bullied in another. Each group ended up being a diverse mix of the original groups, the end message being that we need to “unbox” ourselves in order to be able to relate to one another.

What brings us together is hard to see when we are focused on what divides us. If we are focused on a distraction, we are not focused on what matters more. If we’re arguing about whether a bakery can refuse to provide service for a gay wedding, then, for example, we’re not paying attention to which politicians invest heavily in Raytheon and Lockheed Martin and correlating that information with which politicians supported sending weapons to Ukraine. The same freedom of speech that allows us to speak out against such outdated SCOTUS reasoning also protects the baker’s right to speak their mind and refuse service.

Why should I focus my attention on whether a particular corporation is flying their rainbow flag instead of the facts that matter? According to Just Detention International, in Texas prisons, LGBT inmates are victims of sexual assault at a rate 15 times that of other inmates or in civilian society. It is a well-known fact that transgender individuals have one of the highest rates of suicide and are targets of violence at a much higher rate than other populations. The think tank Center for American Progress published a report, with the support and help of several advocacy and research groups, including the Human Rights Campaign, that provided the stark and sobering information that approximately half of the LGBT youth in the U.S.  – a population estimated by the Williams Institute to be 3.2 million – are at risk of arrest or incarceration. These are the facts we should discuss and address, not whether some Twitter account posted a pride message.

Just Detention International (JDI) – https://justdetention.org/publication/ – founded in 1980 under the name People Organized to Stop the Rape of Imprisoned People (POSRIP) by Russell Dan Smith, himself a survivor of prison rape.

With regard to LGBT rights and legitimacy, one can spend time making the scientific argument – there are hundreds of species that can change their sex, male animals who become pregnant and give birth, and hermaphroditism in many species. One can point that out on a biological level change is integral to our survival. Evolution is change. Genetic variation and viability requires change – that is how we survive on an individual level and as a species. An argument could be made that there is religious evidence for acceptance of the LGBT community documented in mythology and in history. In Greek mythology, Hermaphroditus is the child of two gods – Hermes and Aphrodite – and has male and female genitalia. There is the account from Ancient Greece – also the source for much of our understanding of law, society, and philosophies on humanity and life – of the success of the Sacred Band of Thebes, a 300-strong all-gay military unit inspired by Achilles and his lover. Thebes withstood the might of Sparta because, it is believed, the lovers fought harder because they were defending each other.

Lovers and Soldiers | The National Endowment for the Humanities

Born around 620 BCE, Sappho of Lesbos was called the Poetess and the tenth muse. She is known to have been married to a man and to have had a daughter. Famously, she wrote of loving a woman and is one of the most well-known, loved, and respected poets in history. She is held up as a lesbian icon and known among students of poetry as one of the greats.

The King James for which the Bible is named enjoyed the company of attractive young men and dressed in women’s clothing. Author of the iconic fantastical Christian allegory The Chronicles of Narnia, C.S. Lewis, enjoyed being whipped. If one delves deep enough into history or culture, there are examples of gender fluidity and exploration of sexuality dating back millennia. Despite this, there are those who will see anyone who identifies as a member of the LGBT community as a target for hatred or a person to fear or both.

Samantha Smith, James I & VI and his male ‘favourites.’ The History Vault.  https://thehistoryvault.co.uk/james-i-vi-and-his-male-favourites/

People fear what they do not know or understand and that which threatens their sensibilities, whatever those may be. Those who speak out so vehemently against homosexuality and gender diversity are perhaps scared that those factors will change their lives or at least threaten to shake up the status quo. Perhaps it threatens their sense of self. There are those who adhere strictly to the Old Testament beliefs and say that homosexuality is a sin, based on a 2,000-year-old book of mythology that justifies rape and damns people to hell for eating shrimp and wearing polyester.  That same devoutly religious person might stop to help change the tire of a person at whom they would be spouting vitriol if they encountered them on social media, simply because discussion of a flat tire issue is not likely to lead to an irrational tirade based on some closely held spiritual belief.

The average person doesn’t care what you do in your bedroom, and most people are not homophobic. In 2014, a Bloomberg article extrapolating information from a Gallup World Data poll, showed that more than 60 percent of U.S. citizens thought the U.S. was a good place to live for gays and lesbians. That Gallup poll was eight years ago, and a more recent Pew Research study published in 2020 shows American acceptance for homosexuality had increased to 72 percent.

Jacob Poushter, Nicholas Kent. The Global Divide on Homosexuality Persists, but increasing acceptance in many countries over past two decades https://www.pewresearch.org/global/2020/06/25/global-divide-on-homosexuality-persists/

Are there real and troubling discriminatory practices against LGBT individuals? Absolutely. Should we make strident changes in our legislation to protect those in the community from such practices? Again, absolutely. Among the majority, though, we just want to live and let live, and our laws should reflect that reality. When our representatives are no longer representative, we need to consider overhauling the system. SCOTUS is eliminating change from our history, and thereby erasing our legal evolution. The fact that five people can just void a protection for hundreds of millions with the flick of a pen should chill us to the core and focus our attention like a laser on what really divides us – the historically narrow view of privileged men and women in power and what control they have over our lives.

About the Author Abigail Hunt 3 posts
Abigail has a couple of college degrees and previous careers in local news and death penalty defense investigation in Texas. She married the love of her life and loves being home with their family. She also enjoys bucking the patriarchy and screaming into the void.
indiabbie@yahoo.com 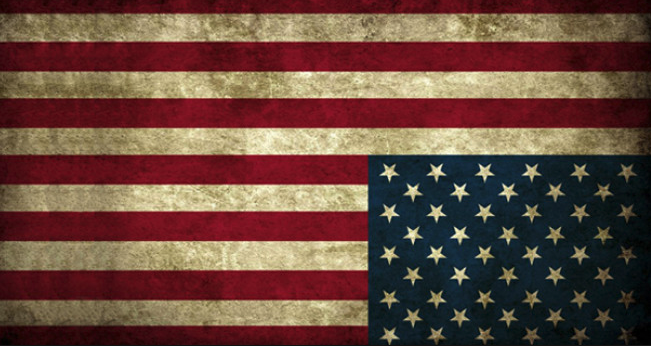 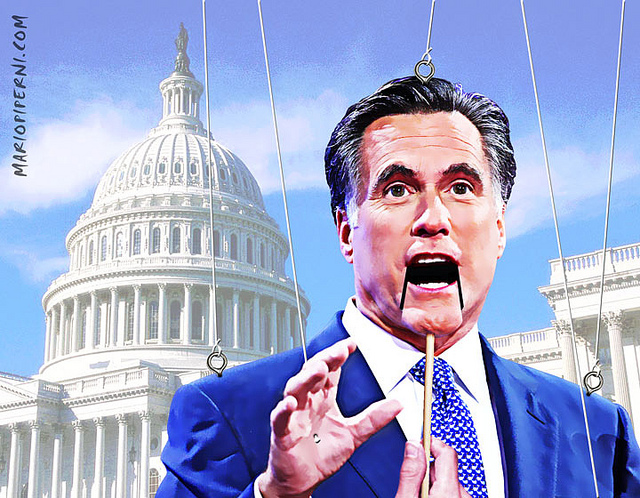 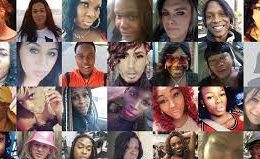 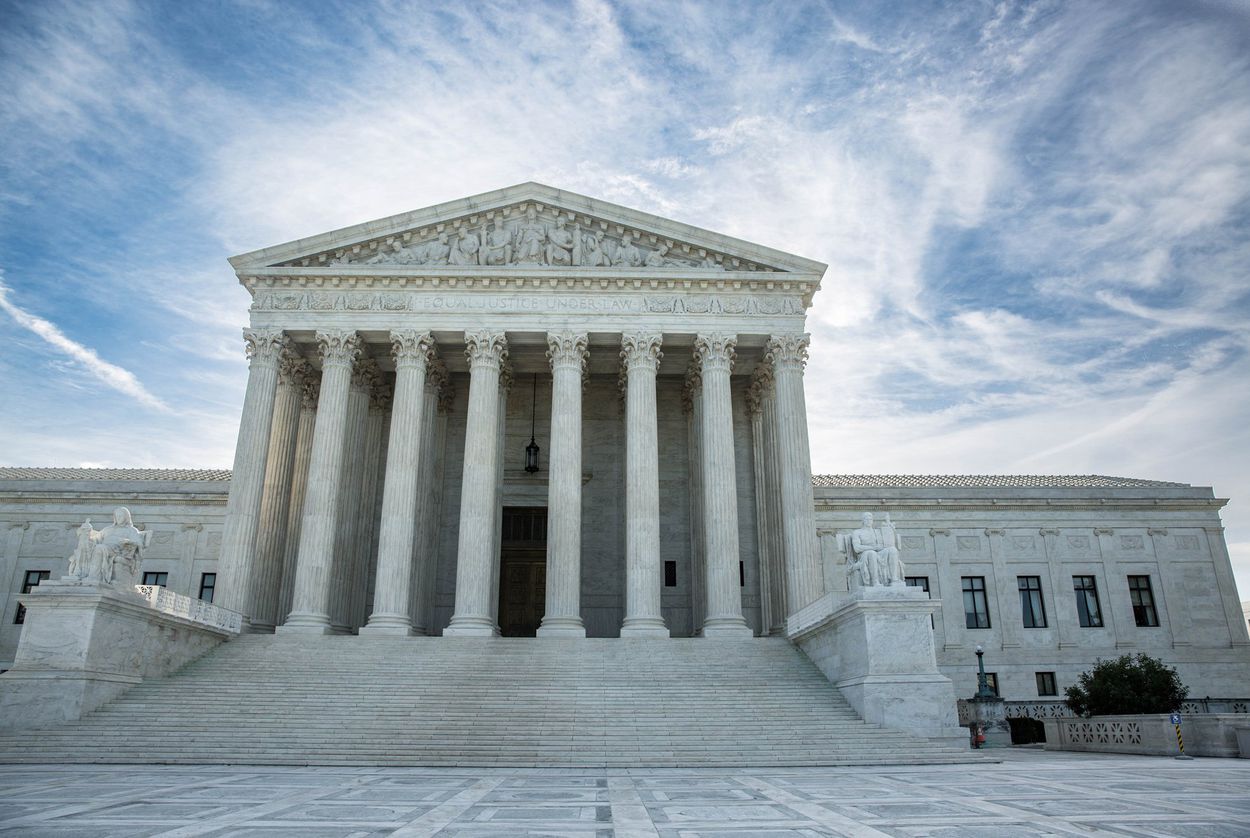