The US Supreme Court will hear a challenge to a key section of the Voting Rights Act, a law adopted to prevent discrimination at the polls.

It will hear an Alabama challenge to the requirement that states with a history of racial bias seek permission before changes to voting rules. The move comes shortly after President Barack Obama’s re-election. Latino and African-American voters played a key role in the election, reflecting a shift in US demographics. Arguments in the case are expected be heard by the Supreme Court in early 2013, with a decision expected by the end of June.

Next
Petraeus Quits After FBI Found Evidence of Extramarital Affair 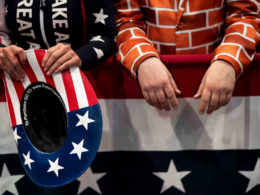