President Trump grappled Saturday with the first major setback to his young administration, appearing to question the constitutional checks on his power after a judge’s order reopened the flow of travelers from seven mostly Muslim nations covered by his controversial travel ban.

The Department of Homeland Security said Saturday that it had suspended “any and all actions” related to Trump’s executive action after federal Judge James Robart issued a temporary restraining order, effective nationwide, in response to a lawsuit filed by the states of Washington and Minnesota. The suit argued that the president’s moves had amounted to religious discrimination against Muslims in violation of the U.S. Constitution.

On Saturday night, the Justice Department said it would appeal the order by Robart, an appointee of President George W. Bush who is now senior judge of the U.S. District for the Western District of Washington. The case heads next to the 9th Circuit Court of Appeals in California and perhaps eventually the Supreme Court to decide whether Robart’s temporary restraining order should remain in effect. Several other federal courts have also issued emergency stays against portions of the executive order as dozens of lawsuits proceed against it.

In response to Robart’s restraining order, the State Department, which had “provisionally revoked” 60,000 visas since the president signed his Jan. 27 order, said Saturday that it had started reaccepting those visas from people in the countries affected.

Some travelers in countries affected by the suspension already were being allowed to board planes headed to the U.S., as foreign airlines started telling passengers Saturday that the immigration ban had been lifted. Many rushed to catch flights, worried that the window to travel might soon be closed again by courts.

At the airport in Boston, crowds had gathered at international arrivals to welcome those from the restricted countries. They held signs saying, “Refugees are welcome in the U.S.A,” “Christians build bridges, not walls” and “I am home and so are you.”

“We had more than 40 mostly Iranian nationals land and clear customs today. We’ve had Tunisians and Syrians too, all flying from Germany on Lufthansa,” said Kerry Doyle, an attorney with the American Immigration Lawyers Assn. who was posted at the airport.

Many visa holders had changed their plans to fly to Massachusetts even if it wasn’t their final destination because of an earlier Boston federal judge’s temporary order against Trump’s ban that was being applied locally when the national order came down from Seattle.

“It’s a whole different feeling at the airport than last week,” Doyle said.

Trump’s executive order, which also includes a temporary ban on most refugee admissions and indefinitely for Syrians, was one of several the president has signed since taking office as part of a White House strategy designed to begin implementing his governing vision with maximum impact.

But the torrid pace of action sparked an equally fierce public response that continued Saturday, including protests in Los Angeles and other cities. One march neared the gates of the Palm Beach, Fla., estate being branded as the “Winter White House” where Trump was spending the third weekend of his presidency.

Trump and his advisors had largely downplayed the confusion his order sparked and insisted it was on solid legal ground, even though on Monday he dismissed the acting attorney general who had told Justice Department attorneys to cease defending it in court.

Trump began Saturday with a series of tweets against Robart in which he blasted the “so-called judge” for a “ridiculous” opinion.

“What is our country coming to when a judge can halt a Homeland Security travel ban and anyone, even with bad intentions, can come into U.S.?” he asked later in another Twitter message.

Activists and state officials opposed to Trump’s order celebrated. “The law is a powerful thing. It has the ability to hold everyone accountable to it, and that includes the president of the United States,” Washington state Atty. Gen. Bob Ferguson said at a news conference after the court decision.

Democrats seized on Trump’s criticism of the judge as an opening in the emerging Senate confirmation battle over the president’s Supreme Court nominee.

Democrats were quick to remind that this was not the first time Trump has singled out a judge, comparing it to his attacks during the campaign on American-born Judge Gonzalo Curiel of San Diego, who Trump said could not be impartial because of his Mexican heritage.

“Now he is attempting to bully and disparage yet another federal judge — this one appointed by a Republican president and confirmed by a Republican Senate — for having the audacity to do his job and apply the rule of the law,” said Sen. Patrick Leahy of Vermont, a Democrat and former chairman of the Senate Judiciary Committee. “The president’s hostility toward the rule of law is not just embarrassing, it is dangerous.”

Trump’s Republican allies in Congress remained largely silent over the court’s stay, and GOP leaders declined to respond to the president’s attacks on the judge.

Congressional leaders have been furious after being cut out of the White House’s planning and execution of the travel ban, and they continued Saturday scrambling to repair the chaotic rollout. Many lawmakers have been fielding frantic requests from constituents calling their offices and pleading for help for family members, students and others ensnared in the travel ban.

Some of the confusion surrounding Trump’s early moves has been attributed to a tight circle of decision-making in the White House, centered around senior policy advisor Stephen Miller and chief strategist Stephen K. Bannon.

But James Carafano, who oversaw national security planning during Trump’s transition, described a more deliberate approach that flowed from Trump’s own view of a security threat.

“People are kind of in shock and awe of the phenomenon so they’re running around coming up for explanations for it,” said Carafano, a national security and foreign policy analyst for the Heritage Foundation, a conservative think tank. “The notion that somehow they could have waited and done more vetting and talked to more people — and what? It would have been less controversial? Give me a break.

“They understood there was going to be some friction, but those things could be worked through,” he said. “And as a matter of fact, you’ve seen them working through this pretty quickly.”

After civil rights groups filed lawsuits on behalf of those who had green cards designating them as permanent legal residents, the Trump administration clarified that green-card holders would be exempt from the travel ban. Government officials also reversed a prior position this week and said that dual citizens who held citizenship from one nation that was not on the restricted list would be exempt, even if they also were citizens of a country on the list. 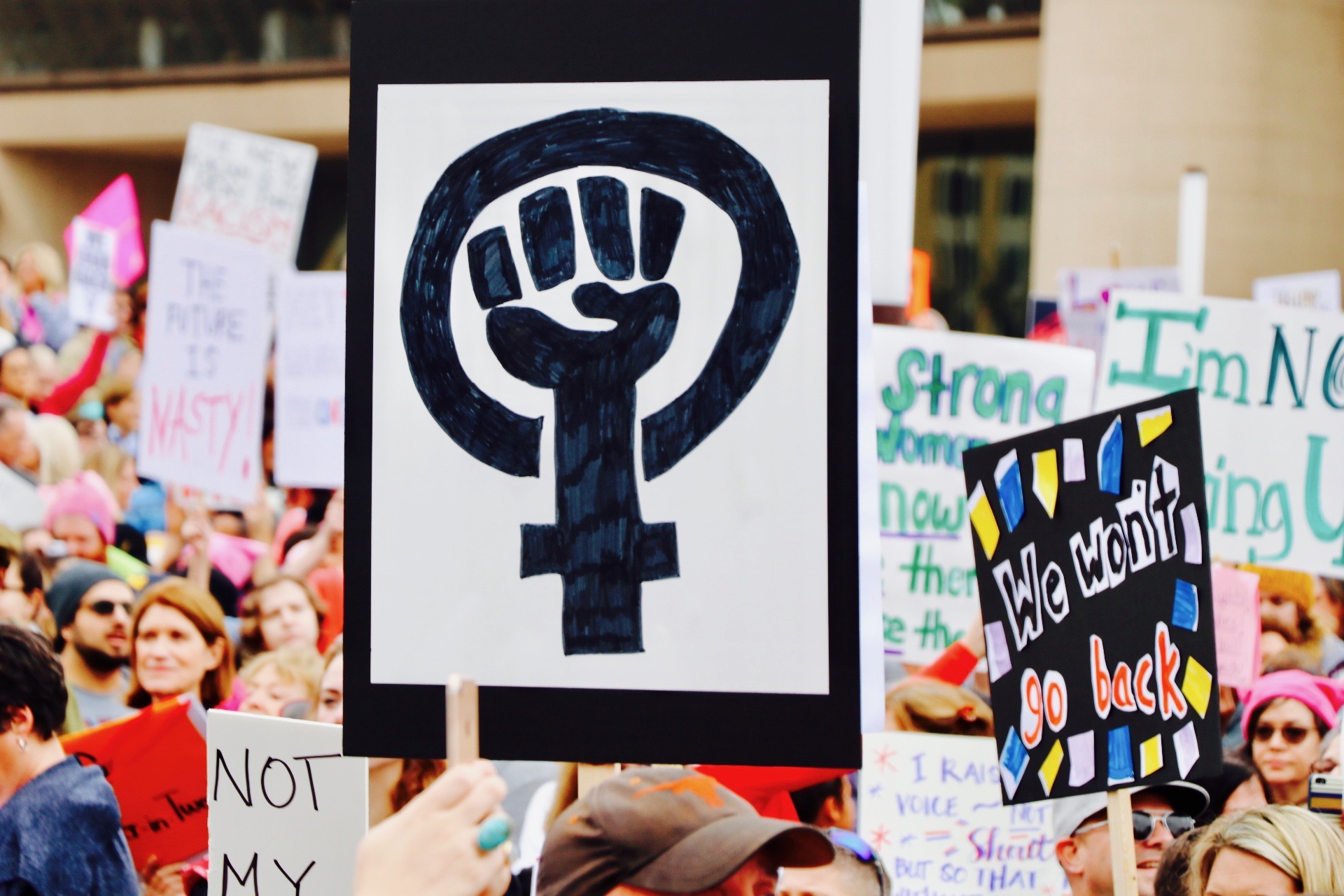 Next
Trump Tax Plan Is Plan For The Uber-Wealthy 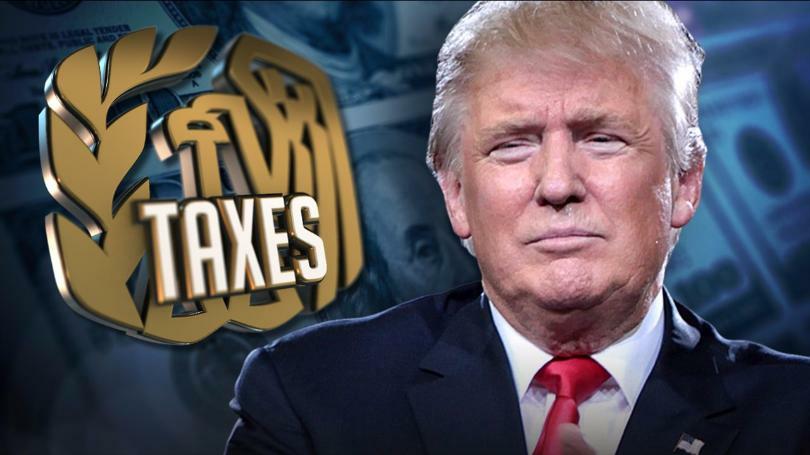