It’s never any surprise to me that Texas candidates for public office speak of God and Country, it is practically a requirement of office in this state if one has any hope of being elected.  However, I would almost have more respect for someone running for office and simply throwing in a few God and Country type speeches just to secure the vote than someone who actually is a faithful believer in it.

Today I want to focus on another type of energy—Life energy.  The second paragraph of the Declaration of Independence guarantees to us “Life, Liberty and the Pursuit of Happiness.”  These seven words may (other than the Ten Commandments), be the most powerful sentence ever written.  The entire phrase, as you know, reads, “We hold these truths to be self evident, that all men are created equal, that they are endowed by their Creator with certain unalienable rights, that among these are Life, Liberty, and the pursuit of Happiness—That to secure these rights, Governments are instituted among Men, deriving their just powers from the consent of the governed.”

It should come as no surprise that “Life” is the first of these inalienable rights.  The founding fathers were men of God and recognized that nothing matters if one has no life.    In drafting both the Declaration of Independence and the Constitution, I’m sure they looked to scripture.    For example, Genesis 2:7, “And the Lord God formed man of the dust of the ground, and breathed into his nostrils the breath of life; and man became a living thing.”    Genesis 2:22-24, “Then the rib which the Lord God had taken from man, He made into woman and He brought her to the man… Therefore a man shall leave his father and mother and be joined to his wife, and they shall become one flesh.”  Jeremiah 20:11-13 “For I know the plans I have for you, sayeth the Lord, Plans to prosper you and to give you hope and a future.”

Beyond these mere words of idiocy, Smitherman also  told young men in the audience that they need to practice abstinence, but that they should be prepared to marry the woman if she becomes pregnant. But he encouraged them to marry at a young age in order to start having children.

While I am aware that most right-winged Republican crazies like Smitherman believe in God & Country and “traditional family values”, it seems like overkill to speak about God at every possible juncture.  Our country is supposed to have separation of church and state yet in the “Great State of Texas”, they are completely intertwined with antiquated and bigoted social policies and beliefs.

When will we get a real liberal and progressive candidate for major office that actually stands a chance of winning in Texas?  That’s the question I am going to answer. Stay tuned. 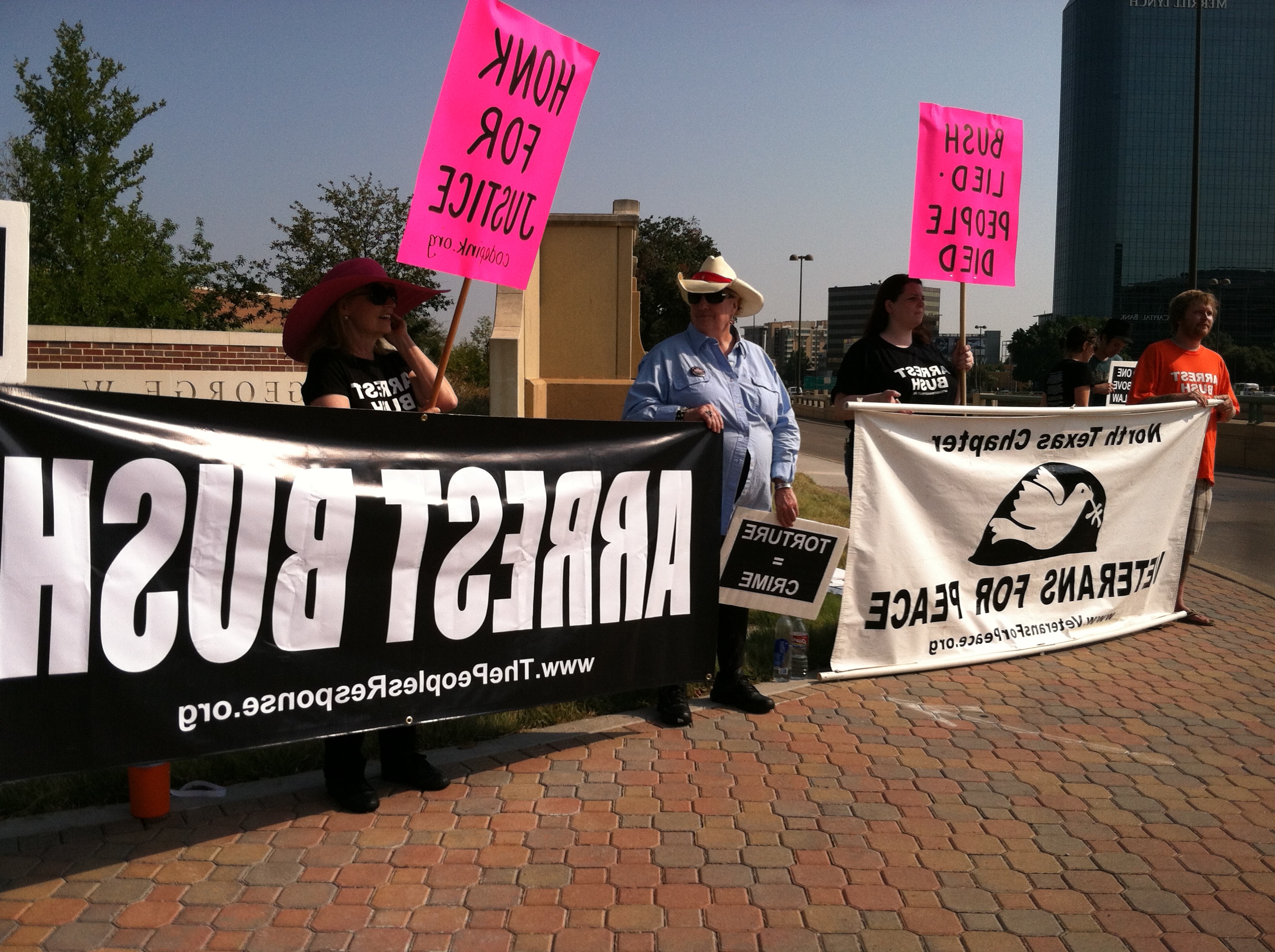 Outside the George W