When it comes to the topic of condiments, I almost never cease to assert that my favorite for spicing up any dish is Tamari sauce (a thicker and less salty version of soy sauce). It is far superior to salt in practically all foods, except for baked goods maybe. However, the general consensus on the condiment of choice in almost any situation, and as observed in many of the various places I have lived or visited, is hot sauce.

Hailed by many as the magic ingredient that can cover up the culinary horrors of even the most disgusting foods (airplane meals anyone?), hot sauce has become a staple in every restaurant and nearly every home.

The main ingredient in hot sauce is any kind of hot pepper belonging to the capsicum family, which is the latin term for the genus of peppers and chilis. The capsicum family originates from the Americas, with evidence of its earliest existence obtained from the current regions of Puebla and Oaxaca in Mexico. From these regions the fruit (yes, it is a fruit, not a vegetable) spread from South to North America and on across the globe. Its use in the cuisine and medicine of many cultures is due to the presence of capsacin, a chemical that causes a burning sensation when it comes in contact with mucous membranes. Thus its purpose in activating our inner organs; it is a circulatory stimulant, an analgesic, and even a mild preservative.

As has rather unfortunately become a habit in this country, we have taken a beautiful and simple idea like consuming capsicum in pure form and turned it into a brandished, sugared, and effectively marketed “sauce” that is now consumed all over the country. Barbecue sauce has become the most popular form of injecting any kind of heat into our palettes, and mostly only because of the proprietarily lucrative beef industry. Salsas, which often contain some form of capsicum, can be purchased from “mild” to “very hot” (which usually isn’t) and are almost always full of preservatives as well as the star of the American food industry – high fructose corn syrup. This sweetener is evident in many forms of our country’s interpretation of hot sauce, such as in the tomato-heavy Heinz Chili Sauce and Taco Bell’s Pepper Jack Sauce.

Many of the companies producing hot sauce in the US have resorted to preservation with lots of highly processed vinegar and sodium benzoate (counted as one of the many “E” numbers/chemicals used in food manufacturing), which creates the carcinogen benzene when it comes in contact with ascorbic acid (another common preservative) and potassium benzoate. The original Tabasco sauce is the most widely recognized US owned, pure hot sauce. Established in 1868, the McIlhenny family still produces the condiment in a fairly respectable manner, although much of their pepper growing and sauce production has moved from its native Avery Island, Louisiana to South America.

With so many questionable factors associated amid this spicy essence, what really is the hot sauce of choice? Our food industry has been built on maximizing profit by injecting chemicals into the majority of commercially available foods, leading us to become on of the most obese nations on the planet. As has become increasingly prominent, this is due to the tricks of advertising and corporate greed that is choking this country in its stranglehold. Even hot sauce, not unhealthy in itself, can become harmful to health when prepared with the chemicals so often used in it. So, in the name of the “Occupy Food” movement, calling for the end of Wall Street’s control of the food industry and agricultural markets, why not make your own?

Here at my Northwestern home of Myrtle Glen (myrtleglenfarm.com), we all love a bit of spice on our breakfast eggs, in soups and salsas, and have to come to realize that the majority of our guests also do.

With a leftover bunch of dried jalapenos and cayennes, and a typically rainy day in late winter, we decided to make our own batch of hot sauce. We take pride in growing nearly all ingredients for the vegetable-based foods we eat (as well as most of our meat and dairy), creating a safety net of self-sufficiency. In these times where the likes of Monsanto are gaining a frightening amount of authority over agricultural practices, the ability to grown your own food, and eventually your own seeds, is increasingly recognized. Almost one in every five Americans is currently on food stamps, a system that could be used for creating our own, small scale and local food networks. In the case of homemade hot sauce, each of those one in five people could use their stamps to provide ingredients that are harder to come by in bulk, such as vinegar and salt, while the capsicum, tomatoes, onions, garlic and other desired vegetables can be grown in one’s backyard, patio area, or even windowsill. All you really then need is either a canner (along with the equipment) or a bit of freezer space.

Making your own hot sauce is perfect for fighting off an early spring cold or simply bringing some tongue sizzling pride to your next edible creation. Not to mention, spending time on indoor projects by a hot stove can be more comfortable at this time of year. You can follow the guidelines below, but feel free to add your own touch, such as a pinch of lime zest, cocoa powder or honey to punch up your salsa picante. We’ve found that dried peppers work best, as the starches in the fruit partially convert to sugar once dehydrated; they are sweeter and the consistency of your sauce can be controlled by adding water as opposed to cooking your raw ingredients down. Fresh peppers can also be used, but keep in mind that whilst living in North America, fresh peppers wont be available from local growers until at least July or August. Many ethnic food markets sell a variety of dried peppers for good prices year-round.

For future reference, and if you decide to grow a crop of peppers for preserving, or know someone who has extra to spare, peppers are extremely easy to dry by just stringing them on a strong line and hanging in the warmest, driest place in your house. They should be dry within a matter of weeks, and keep good flavor for up to a year. So go on, snag one of those tiny Tabasco bottles on a restaurant visit (or you should really pay for it) to refill with your own concoction. That way you can keep yourself stocked with a personal stash of hot sauce to take along on any trip, or to dinner parties where you know your spicy delight will be admired. In the long run, your taste buds, and your best buds, will thank you.

Below you will see a portion (about 10 cups worth) of this years Cayenne crop in dehydrated form, about to be processed into delectable, homemade hot sauce.

Then, on the woodstove, they are being re-hydrated with tomato juice, vinegar and water. Once cooked up, dried garlic, dried onions, a few Serrano, and Jalapeno peppers(all from this years garden as well) some salt, citric acid, paprika and a couple tablespoons of molasses are stirred in. After about an hour of simmering, it is removed to cool enough for the blender.

Blended and then sieved to remove seeds, the sauce is returned to the stove to re-heat while some half-pint jars are washed and sterilized in boiling water along with their rings and lids for canning. Once the jars are ready, the sauce is scooped in and then sealed and returned to the hot water bath. We love our Elmira woodstove, she can do at least 10 jobs at once! If you’re new to canning, make sure you’ve really read up on it or have someone with experience show you the ropes.

Ta-da! Perfectly sealed pints of our own spicy goodness. Remember, you can also freeze your sauce in jars, plastic containers or Ziplocs. Leave some headspace as liquids expand when frozen.

Pop one open and say Caliente!!!

About the Author Leena Ouijalla 1 post
Leena Ouijalla, A California-born Scandinavian living in the middle of the Oregon woods, Leena is not your typical hippie considering how much she loves leather shorts and Beyonce. It was actually on leave from fashion school in London that she realized the kind of life she really wanted: sifting llama dung, transplanting baby tomato plants, and skinning a deer for more leather garments(!) on a sustainable farm. With the help of modern technology, she is nudging in her view and experiences of life from the ground up.
lOuijalla@gmail.com 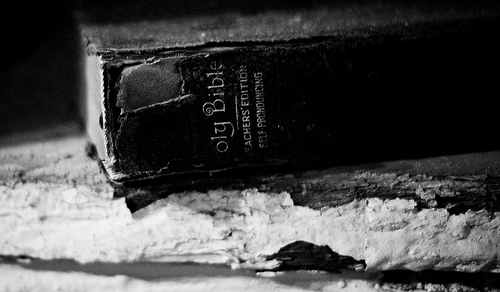 In the very early days of my religious zealotry, I invited a Southern Baptist

Unfortunately, this all sounds all too familiar