In our Capitalist-Corporatist America, politicians claim to be educated and skilled in many areas of law and public relations. I would agree with them that they know law intimately, as they have many ways of skirting the laws of our country and making millions dishonestly.

When it comes to the public domain, Republicans as well as Democrats, feel certain that they are in touch with the constituency they serve. However, at present, when considering Democrats, they tend to be somewhat ineffective at doing much of anything and seem to be simply filling positions, while giving off the impression that they are waiting for something. Of what they are waiting for this writer has no clue. Nevertheless, the President has mastered one thing for certain; he has become a master at backing down at the first sign of Republican resistance; not a quality you want, nor need from a sitting President.

However, Republicans in their appetite and avarice for power, have been in the business of estranging most everyone with their rhetoric. Those uninformed enough to believe their diatribes against the poor and working class have become the megaphone for which the Republicans shout through the loudest. It is this disconnected, fascist style rhetoric, and the very recent revelation that the Fed was giving away our money by way of secretive loans to the big banks to the tune of $8 trillion, that one should draw some conclusions. With these goings on being approved by our then sitting President George W. Bush, big banks turned a profit of $13 billion while America crumbled into depression. With all that has went on, and continues to go on within our government, it is becoming quite apparent that the United States, has and still is, being manipulated into a fascist state by these right wing zealots and their racialist cousins, the Tea Party.

The Tactics of Republicans and Fascists

[Fascism: Any movement, ideology or attitude that favors dictatorial government by a means of centralized control of private enterprise, repression of opposition, and/or extreme nationalism.]

[Socialism: A political system, or a political theory in which the means of production and distribution are controlled by the people and operated according to equity and fairness rather than market principles.]

While many say that in America we are moving closer to a Socialist state, they have mistaken the true definitions of what is a Fascist, and what is a Socialist. People in the government, the media, and the populace make these misnomers continuously. Communism is by far more easily instituted through Fascism than it could ever be by way of Socialism. We have seen this time and time again throughout our planets history. Many of the historical despots have purposely used these misnomers to guide their people into dictatorship. The citizenry can be easily confused, and thus enthusiastically help with the institutionalizing of their oppression when they are aptly duped by misunderstanding. Perhaps this is why the Republicans are continuously cutting financial aid to the under-class. They wish not to have an educated people, which they are trying to keep in servitude, as these people will not be such easy converts. The Republicans constant cutting of educational funds for the working class (as this money would be used to further the education of the poor) is equivalent to despotic book burning.

Today, we are seeing Republicans and Tea Partiers use class war, race, prejudice, morality, and the economic crisis as a means to an end, and a cause for division. Fascists, just as today’s Republicans, wish to quash true democracy and loath liberalism. Fascist, just as Republicans do, also give copious support to any and all military and war efforts, hence, the less than successful wars in Iraq and Afghanistan; the want for attack on Iran; North Korea, and Libya. It is factual that Fascists and Republicans are in agreement on many issues of governance.

Republicans constantly claim to be the party of morals and family values. Fascists, just as our pool of Republicans, believe that a woman’s place is in the home. This becomes even more evident when one considers women’s wages as compared to men’s wages. Moreover, the slack laws in cases of rape in America and abroad are evidential. A case in point, the case of Jamie Leigh Jones, an employee of Halliburton. She was raped by multiple men in the Green Zone, and the company, trying to cover up this crime, put her under armed guard in a shipping container. Her only provisions were a bed, a table and a lamp, and she was given very little food or water during her captivity. In fact she almost died as the temperature was routinely above one hundred degrees. She was sternly warned that if she left Iraq for medical treatment, or discussed the matter with anyone, she would be prosecuted for fraud and defamation. When her case was finally heard (over two years later by the Justice Department) no charges were filed and no one was prosecuted for the drugging and raping of this young woman.

There is a reason that this case was never pursued. The company, Halliburton, was a company deeply involved with Republican interests. The Justice Department was told by many, many Republican Congressmen to pursue the case no more. The rape kit and pictures were “lost,” and no justice was to come. Money wins the day again, above all.

In 1926 Italy, Fascists banned all literature on birth control as well as increased the penalties for abortion, thus declaring such as a crime against God and the state. These right wing Fascists also instituted both policy and law to reduce and remove the number of women within the workforce. Today, Republicans continuously denounce birth control and have continuously promoted abstinence. They have attempted to ban abortion on the grounds of religious moral, while fostering legislation that has damaged Planned Parenthood and other institutions that help women in need. In Fascist states, healthcare for the poor and working class was all but eliminated as they were seen as less important, and thus easily replaced. Today, our Republican dictators and their servitors would do the same if given a chance, as they have said in somewhat clouded language that the poor are worthless and do not serve the needs of the state.

When considering education, the Republicans and the Fascists have many commonalities. Fascist despots make use of social indoctrination through education and the national media as they seek to regulate the production of both. Republicans have their own news networks that use the likes of the homunculus Bill O’Reilly and others to parrot lies, dogma, and misinformation to smear liberalism as some kind of Socialist evil. Fox News, the Republican Party’s favored bully pulpit, is nothing if not purveyors of hate speech and incessant fear mongering. Many Republicans are against “Freedom of the Press,” as they feel that they are forced to back up their points with educated theory, and they tend to have a hard time doing so, thus double speak reins supreme.

The GOP, or Greedy ‘ol Parasites stance on education is causative of the destruction of the public education system, because they prefer private schools, as it becomes much easier to manipulate the hiring of conservative minded educators, which will instill Republican ideology and their revisionist history. Fascists also passed down this same road of perdition, creating educational systems which fostered their movement and cause, instilling within each student the historical and political importance of the aforementioned movement. Brainwashing the student at a young age provides more sycophants and allows the edict to be preserved. Those whose minds cannot be so easily perverted are then locked away through arbitrary reason.

To the Republican, McCarthyism was a call to arms from a heroic figure; the Civil Rights movement was and still is a menace, and the Founding Fathers have been revised into modern day Republican Saints who would have wholly agreed with today’s ideologue of Fascism and Capitalist-Corporatist greed. The removal of their words, replaced with Fascist Republican dictum is nothing less than reprehensible and of extreme error.

It is always something or someone for which we all have a fear. It is embedding within our DNA and causative of our need for survival. We all wish to live in an impossible and ideal world of our own choosing. And I am to blame just as much as anyone else in this presence of thought. You may call me a Socialist, and I may call you a Fascist. However, in the end, this is a shared world and we must all find a common ground for which to stand, together. In this article, I have pointed out the reprehension of the opposition, and labeled them as unintelligent and servile minded. It is in these definitions that, I too, have revealed my own prejudices.

I will allow myself, as well as others, to promote their ideas of what this country should be. Nevertheless, until we end the divisiveness, each and every one of us will continue to banter the other without any real advancement. This writer feels that our present system has reached its end, and a system more serving to the human cause should be its replacement. But one must be clear; oppression in any form is not the answer to any of our problems; past, present or future. 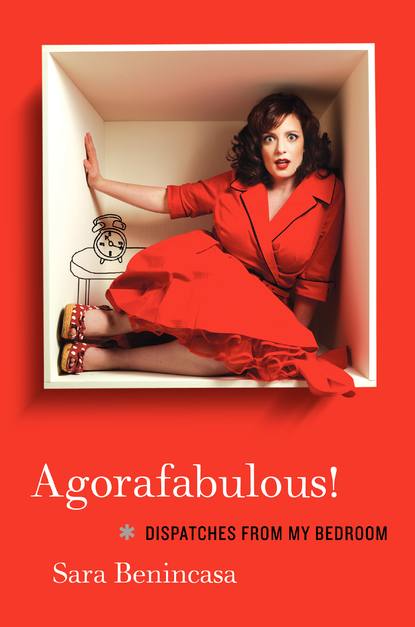 A lot of people haven’t heard of Sara Benincasa

Next
Welcome to Moot 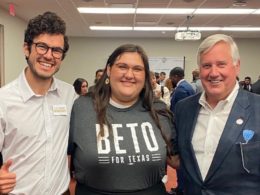 Living in a red state means that it is essential to have leaders, both public